Hi, I’m Tammy Guest., I’m a naturopath, a nutritionist, an author, a speaker, and an adventurer. I came up with my Big Hairy Audacious Goal after years and years of to-ing and fro-ing between being a scientist, then I became a naturopath, then I became a business owner and then I sold my practice and really connected back in with my biggest, biggest, biggest dream and that’s to travel all the way around the world in a helicopter.

So the trip essentially goes like this; a helicopter can only go around about 800 kilometres, and then it needs to land, which is very different to a plane, which can go pretty much halfway around the globe and land. So a helicopter has to make 29 different stops to get all the way around the globe. 17 of those we’re connecting with organizations specifically that need attention that probably haven’t got the air time that they could have to help women, to help health, to help the planet and its people. So we are essentially going to go one stop whether or not it’s for helping and bring attention to the organizations having a bit of the filming happening.

We’re going to actually … my son’s coming along so we’re going to be helping all of these different countries, at all of these different organizations, in all these countries and it’s going to be such an amazing experience. So it’ll either be a stopped for fuel or stop over or it’ll be to help these organizations. Like I said, 17 of them, 17 of the 29 stops are specifically to help these organizations that haven’t got the attention that they need.

Generally going all the way around the globe can happen in a matter of days. So in a helicopter, there is a world record for something like 20 something days. I’m planning on doing this whole trip in about nine months and each different stop depends on what they need. Sometimes it takes a little while to build a school or it takes a little while to build a couple of houses or even drill a well. Other places we might just stop to refuel and then keep going.

So how I’ve broken down the steps to getting these Big Hairy Audacious Goal was, number one, have the idea. Notice the intuition inside my belly and follow it. Number two, was going get my license. That’s coming to fruition in December 2018, then I’ve got to get my organizations on board that I’m going to be helping. I’ve got two onboard out of 17 already. Then I’ve got to get sponsorship because it’s going to take a little bit of petrol to get all the way around the globe. Then I have to get all of the data specifically around the aviation side of things, clearances and stuff like that, for each different country in the 29 stops, I’ve got to do. Then we record the documentary and give it to everybody in the world to watch.

My Big Hairy Audacious Goal came from being … really identifying with my business. And I didn’t realize that in the mix of running my practice, which was really busy at the time, helping thousands of women. Then deciding that it was time to actually sell my practice and really focus on the things that mattered to me, I’d forgotten what mattered to me. Through the time of figuring out what mattered to me I remembered my love of aviation through going to a museum of all places. I went to a trail blazers exhibition. At that trail blazers exhibition, there was this amazing exhibition area that had to do with Dick Smith, a man going around the world so many times. Then I saw just one round the world for a woman in a helicopter. One!

I thought, “Well, I used to fly as a kid, I could fly again, and why not a helicopter and why not me.” So instead of asking why, I just asked why not, and that’s come from that.

The reason the whole thing began with favour a second time around like I said, I started back in 2014, but I had to give it away because I had to focus on my business. I had to be really serious about my business. I had to keep it going. I had a lot of people depending on me, a lot of staff and my family. When I decided to sell the practice, I had a moment where I didn’t quite understand the dark feeling I had inside me. When I questioned it, it was around, “If I’m not a naturopath anymore, if I’m not a business owner anymore, then who am I?” It was my trajectory that I was always going to be healer, and I was always going to own this business, and I was going to be a little old lady peddling my heads to local people around the place.

When I finally … It was the last week before I was selling my practice, and I was doing lots and lots of things that were out of my comfort zone. Lots of legals, lots of accounting, lots of things like that, that I’m wasn’t quite used to. My husband was away, my three kids were depending on me at home, and this darkness kind of took over inside me. I was driving to work, and I had my three kids in the car, dropping them off, and a policeman pulled me over. In the midst of all of this stuff, I had forgotten to pay my registration on my car. She said Tammy, “So you’ve knowingly driven your children to school in an unregistered vehicle?”

At that time, it doesn’t seem like a big deal, but at that time, it broke my heart. I thought it was the biggest failure in my business, as a naturopath, as a mother, as everything. Getting my kids to school and then going and sitting by the beach because I was uncontrollably crying. I couldn’t hold it together and I couldn’t stop the crying. I actually had a moment standing on the cliff trying to get air in and feeling the wind come in and trying to just calm down, and it just wouldn’t stop. I had a moment thinking, “What if this doesn’t stop? What if I’m actually broken?”

I took a step back because I thought if I was one of my clients, I would tell them to ring somebody right now. So I rang and I texted three people, and they didn’t answer. I sat back again and I thought, “I’ve been in these positions before, if people don’t answer, it’s because I have to pull through myself.” I looked around for some guidance, and a guy in a wheelchair rolled up the cliff in front of me. I went, “Oh, my goodness, I’ve still got my legs. I’ve still got my feet. I’ve still got lots of choices, and I can go wherever I choose.” I thought, “Okay, I’ve stopped crying a little bit. I wonder what it would take to stop crying some more.”

Then a blind guy with a Seeing Eye Dog walked up behind him, and the Seeing Eye Dog had a coat on that said, “I need space, please.” I was like, “Oh, my goodness, I just need space. To think about this. I just need space. Instead of rolling all this into one, and this final week of my business, I need space.” I gave myself that space, and that’s how I ended up a month later at the museum, really sensing my body being in the awe of seeing aviation, like with fresh eyes. Then I realized, “Oh, my goodness, of all the things I can do, because I’ve let go of this old part of me, I can absolutely do 29 different stops around the world.”

So the three biggest things I’ve learned: Number one is stop asking why. Like everyone asks you why you want to do something, or why this, but why not? Why not you? Why not me? I thought, “Well, if I can do one jump from one side of Australia to the other, why not 29 different jumps?” Then that was the next step. So, that’s probably number two.

Not the whole big dream of it or not the whole, “Oh, my goodness, I really had this Big Hairy Audacious Goal.” Just, what’s the next step? Sometimes it’s as easy as a phone call, and sometimes that phone call can be the hardest thing that you ever ever do. Getting enough guts out to press those numbers can just be mind blowing. But once you’ve done it, it’s done. So what’s the next step? 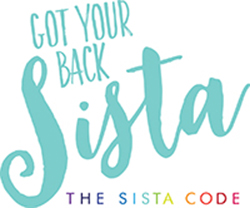